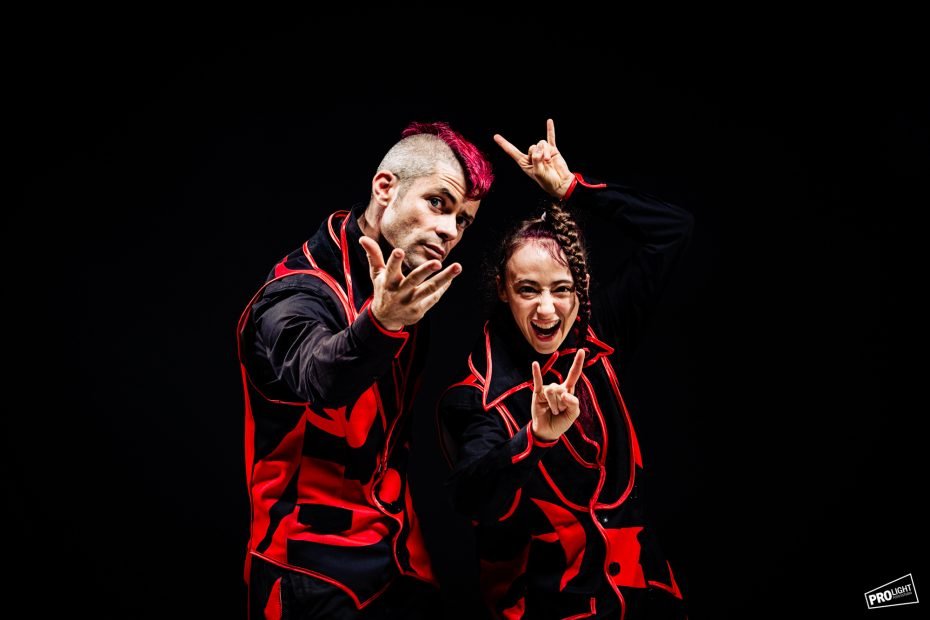 Evil can be terrible fun!

Rejhuz and Glakghs are the Hell Brothers; sons of Satan himself. However, their father, tired of putting up with these two spoiled ninnies, has decided to expel them from the underworld so that they can learn to earn evil for themselves; thus aspiring to become emeritus at last.
Rejhuz, the elder of the two, is a petulant egomaniac who has invented a device to deceive people in order to get their souls, thus proving to his father that he is a worthy heir.

Together with Glakghs, his little sister, a complete moron who follows him everywhere, they arrive on earth ready to dominate mankind, but… what are they going to find? Are these two “poor devils” really as bad as they boast?

Hell Brothers is our first long creation as a company and we have bet heavily on it. It is a clown show with a very “Cartoon” style, with techniques such as slapstick, acrobatics, portés duet, eccentric dance, and even a Quick-Change inside two giant balloons.

Hell Brothers is an original idea of Cirkompacto staged and directed by Walter Velázquez with Jorge Mendez advising on Slapstick techniques. It has an exclusive costume designed by Anahi Taraburelli and adapted to the quick change. The shoes are the work of A Man Sa 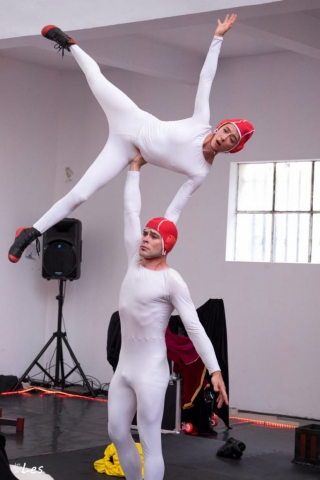 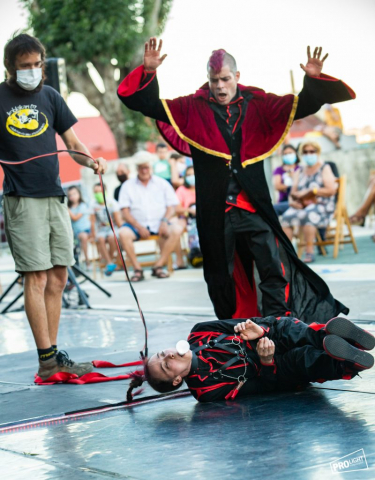 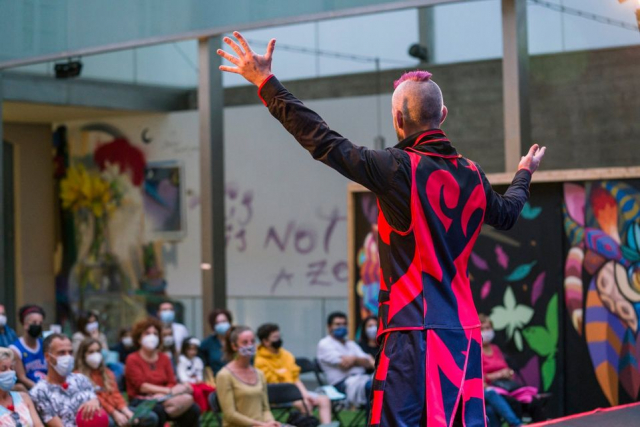 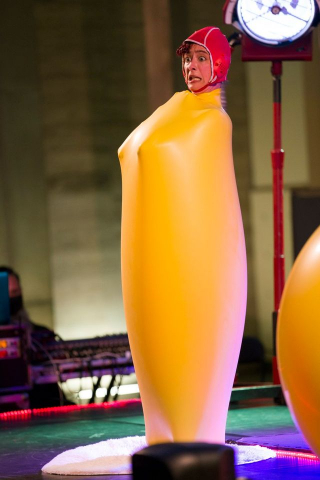 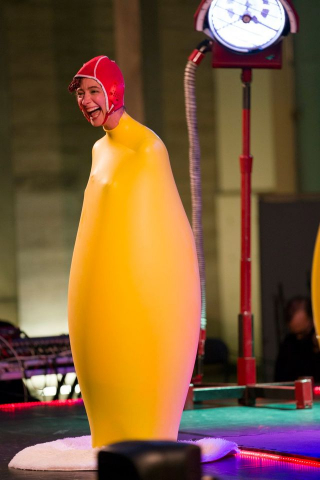 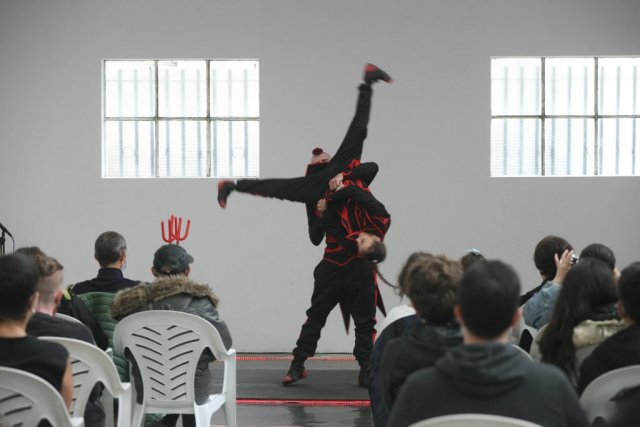 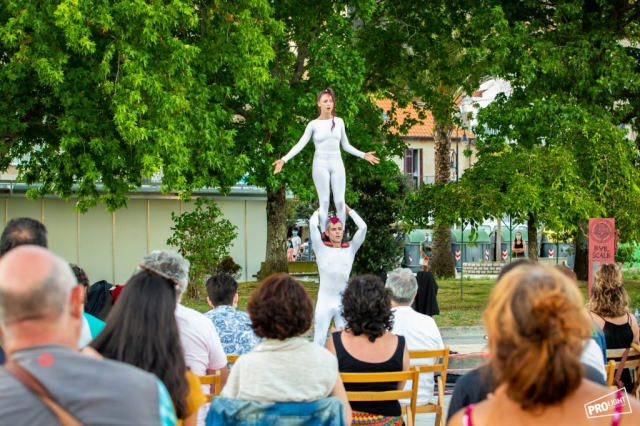 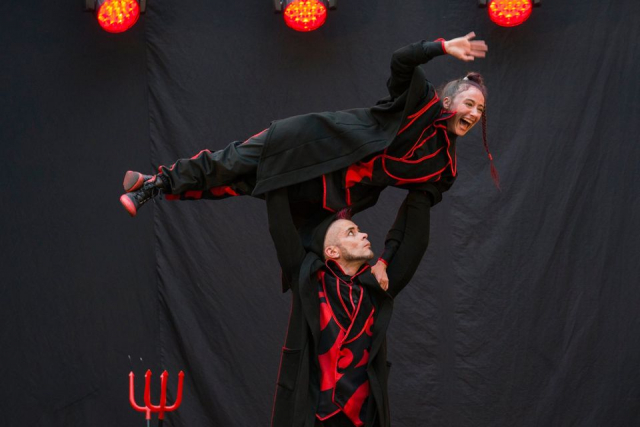 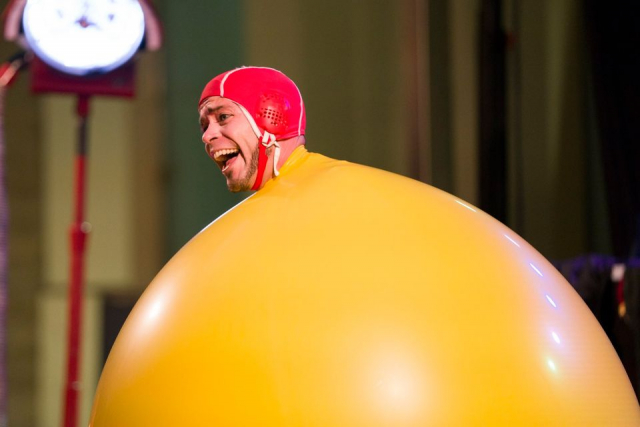 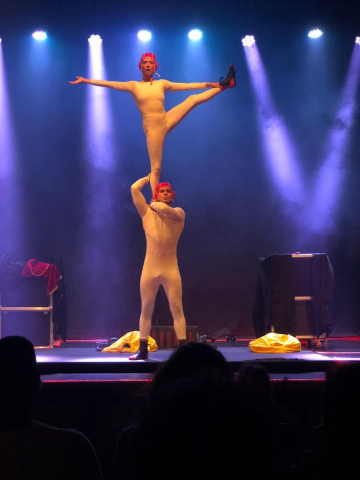 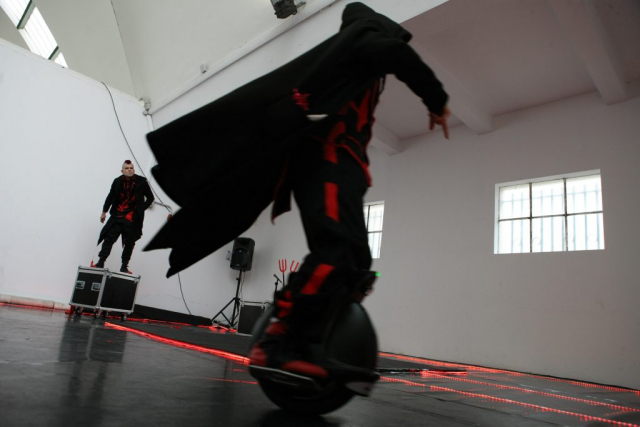 The scenography is conceived, designed and manufactured exclusively by Cirkompacto: It enters the stage completely disassembled, hidden in the flightcases, and dresses the stage as the dramaturgy progresses. Its two main elements are the Pecator 3000 and the Evil Tester.

The Evil Tester consists of two elements; the tester control and the Evil Scale.

The controller is pointed at any person and when it detects their evilness, it emits a sound and sends the data to the Evil Scale, a scale that reflects the level of evilness of the people, or beings, that are tested.

Handmade in carved wood, it has 6 Matrices Led RGB 32×16 and Raspberry Pi technology to control them remotely via radio frequencies from the remote control.

Like the Pecator, it is completely energy autonomous and can be folded into the trunk.

The Pecator 3000 is a device designed to increase evil. Thanks to its use, you can benefit from the powers of Evil, but…BEWARE! it may have side effects.

Manufactured with the technology and philosophy of Arduino, from the recycling of a modified hairdryer, it has a folding steel structure that gives it a height of almost two meters. It has buzzers accompanied by strips of RGB LED lights that light up and sound when the device is activated.

Hell Brothers is a medium-sized show designed to be performed in non-conventional spaces. Suitable for both street and indoor venues, it is fully adapted to the prevention recommendations of the COVID-19 both outdoors and indoors. It has a duration of approximately 45/50 min.

It is a show of physical humor whose characters speak a variant of the subhuman Gramelot. It premiered on July 13, 2020 at the XXXVII MITCF (International Festival of Comic and Festive Theater) of Cangas. During 2020 and 2021 it has been on several International Festivals, as Fitec (Getafe), FIC-Clownbaret (Tenerife), Manicómicos (Galicia) or Mujeres con Narices (Las Palmas), where we won the Jury Prize to the Best Show 2022.

Come down for a while to our particular hell and discover our latest news by following us on Social Networks !!